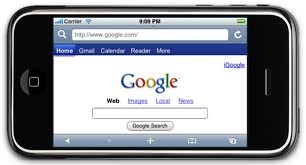 During a webinar I presented on ‘monetizing bandwidth’ on Tuesday I played down the potential revenues mobile operators would see from mobile advertising. This was picked up during the Q&A session by a few attendees asking why, with all the press on the growing value of mobile advertising, I did not see its worth.

My response was not that I doubted the tremendous growth in mobile ads, nor the ambitious predictions by almost every analyst firm. My argument was very simple – I do not see the network operators sharing much, if any, of the expected bonanza.

Almost on queue, the very next day Google announced that it anticipated generating more than $1 billion in advertising revenue across its Android platform alone in 2012. Although it represents only a small portion of Google’s $31 billion 2012 revenue expectation it is still $1 billion that operators are not likely to see much of.

The point is simply that unless CSPs can establish their own ad delivery platforms, and sell the ’space’ to would-be advertisers that companies like Google already have a long and proven relationship with, I simply can’t see them making inroads.

It’s not enough to own the customer, or even know them using sophisticated analytics to provide specific targets for advertisers, it’s the concept the market has that telcos don’t understand mobile advertising at all. How many years have we had media industry experts address our events and tell us as much we still don’t get it. Or is it that we don’t want to ‘get it’?

Google is a mighty force in this space and will not likely be wiling to give away what it thinks is its domain and future growth market. Ex CEO, Eric Schmidt told The Wall Street Journal, “If we have a billion people using Android, you think we can’t make money from that?” Nowhere, to my knowledge, has he been quoted as saying that he’d love to share that revenue with mobile operators that make it possible.

It looks to me as if our breakfast (bandwidth) has already been devoured with ‘all-you-can-eat packages’ (no pun intended) and that our lunch may be going as well. Maybe I’m missing something and there are CSPs making a killing on mobile advertising. If so, I’m sure I’m not the only one that would like to here about it!