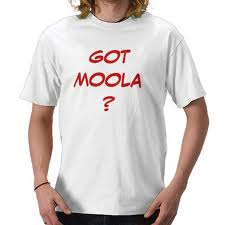 Quite often, I am sent reports from analysts, survey firms, vendors and even other industry bodies. Very often, these are sponsored by one of the above, either hoping to sell detailed analysis reports or show their own products and services in a glowing light. That, sadly is the nature of the business – good reports cost money to produce and someone has to supply the ‘moola’.

Now, that’s not to say some of these reports are not top notch or unbiased, but you do sometimes have to look hard to find one. Which brings us to a little gem of a report from Mobile Squared, sponsored by tyntec, that really does do the homework on Over The Top (OTT) services and “How Operators can overcome the Fragmentation of Communication.”

The topic is very well researched with 35 operators listed (many other were not) and 68 markets covered. The methodology is clearly outlined including the cost basis for projections but it grabs you in the opening paragraph by claiming – “the majority of these proprietary OTT communication service providers do not permit cross-platform functionality and therefore limit the capability of their services. Consequently, the rise of these OTT services has created an era of fragmented communications in which consumers cannot easily communicate outside the ‘walled gardens’ of their respective service/app.”

Yes, you read right, OTT players are acting like walled gardens, and you know how successful that was for the CSPs! The report considers this a weakness that mobile operators could capitalize on by actually helping enable those very same services to offset their own declining revenues in that space.

Skype and Whatsapp are singled out as the leaders in the OTT voice and messaging spaces, but their growth is somewhat linked to smartphone penetration. The lack of interoperability of many OTT services which are either limited to certain smartphone platforms and can only be used to communicate with others in the same ‘walled garden’, whereas traditional telco messaging is universally available. This comes with the proviso that “the more wide-spread an OTT service is, the less important the lack of interoperability becomes.”

However, it is the survey questions and responses that are most telling in this report, and the dramatic variation from last year to this as the threats posed by OTT players start to sink in. For example, 73.7 per cent of operators identified messaging as the most challenged service and 43 per cent believed their revenues would be impacted by over 11 per cent in 2012 as a result. However, OTT communications will also generate termination and interconnect fees for mobile operators of US$3.7 billion in 2012, rising to US$8.4 billion in 2016.

Whilst the more proactive mobile operators have already responded to OTT by forging direct partnerships with some, developing their own OTT type services and teaming up with the GSMA RSC-e/Joyn initiative (that will hopefully be more successful than the WAC), others are resorting to blocking OTT services, a short-lived option that will likely generate increased churn. Almost 16 per cent of operators believe they will generate incremental revenue from OTT services. Rather surprisingly, two-thirds of operators surveyed believe they will make money from OTT services, but only at the expense of their own voice and SMS revenues. The remaining 21 per cent either believe operators cannot make money from OTT services or remain undecided.

The report does offer a list of options for mobile operators to succeed in making ‘moola’ from the OTT sphere, if they so desire. No need to list them here as the report is easily accessible, but it is worth mentioning that retaining and nurturing billing relationships with OTT players features high on the list. The very last paragraph makes the point that mobile numbers provide mobile operators with a compelling future-proof solution because they ensure interoperability with the inevitable emergence of new and even more innovative OTT service providers.

Who said the humble phone number was doomed? if Mobile Squared is right it could be the operators most valuable asset.

First published at TM Forum as The Insider, 20 August 2012