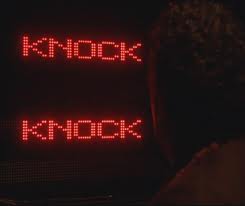 Nokia has been hitting the headlines in the past week, but not always for the right reasons. Firstly, speculation in the NewYork Times about an enhanced alliance with Microsoft (the first was announced back in 2009 but little came of it except that the Microsoft executive involved is now Nokia’s CEO) surprisingly lifted its share price four per cent over four days. Then came the news that new CEO Stephen Elop, would be dispensing with the services of four of his top executives in a radical shakeup, with more to follow. Soon after was a report by independent analyst, Asymco, that Nokia had as many people working on it smartphone software as Apple had working on all of its complete product range, around 8,000 people.

All of this news is happening just prior to the release of the company’s plan to turn around its flagging status and sales. Rather cleverly, the news comes out well before the annual PR tsunami that is called the Mobile World Congress in Barcelona.

However, all of this may be a little too late for a market that appears to have a much stronger appetite for Android and Apple iOS powered smartphones. Symbian simply doesn’t ‘cut the mustard’ and appears to have had its day and no amount of resuscitation is likely to restore its fortunes. Should Mr Elop choose to form a stronger relationship with his old employers, Microsoft, and adopt the still market unproven Windows Mobile Phone 7 software, the results could be almost as unspectacular as Microsoft’s.

If Palm was able to pluck a handful of Apple trained staff and develop a quite brilliant smartphone operating system for its Pre, prior to acquisition by Hewlett-Packard, then why can’t Nokia with all its experience do the same. Oh yes, I almost forgot MeeGo, but has anybody actually seen it materialize? Surely, a cheaper, proven and more successful route would be to adopt Google’s free Android operating system. After all, that’s what Motorola, HTC and others have done successfully, (perhaps Nokia could call their Android version MeeToo). There is, after all, little other choice. Snuggling up to Apple would have been a first and could have been a marketing triumph if Nokia had not been so trigger-happy with its legal department.

Maybe Nokia is nervous that if it does adopt a common platform then the onus will be on its hardware and applications to be the differentiator, but that’s not likely to be the case now that everyone else has had such a head start.

Of course, share markets always get excited when they see a new CEO wield the axe in a company that has become so apparently bloated with executives and development staff. The press has an amazing ability to smell blood and there is no doubt more will be shed. Mr Elop may find, however, that market adulation is a short-lived experience if positive results do not follow quickly. One has to admire his courage but I doubt he will have too many friends left to share the company sauna with.

The annual MWC pilgrimage to Barcelona will be a good test of his mettle. No doubt, his panel session at the event, aptly named ‘Connecting the Dots,’ will be well attended and heavily reported.