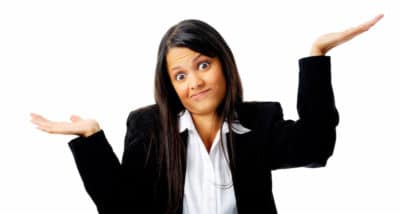 In the early days of revenue assurance (RA) for telecom companies a popular phrase used by software salespeople was – “you don’t know what you don’t know.”  Of course, they were talking about the fact that telcos were not aware of all the losses they were incurring due to poor billing practices, irregular audits and legacy systems.

Those early revenue assurance systems simply added the ability for business to monitor and assess leakages using basic analytical processes and the early results were nothing short of astounding. Internal auditors and fledgling RA teams were finding up to 10 percent of lost revenues that were immediately allotted to the bottom line.

Yet despite these early bewildering results many service providers were either not convinced of the worth of basic revenue assurance and fraud management systems opting to continue with periodic sampling and comparison of data from different systems in the ‘switch to bill’ process using complex spreadsheets that were also prone to error.

Fifteen years on we are well into the era of large scale analytics using big data and some of those businesses that were tardy in their revenue assurance practices are making discoveries that have the potential of shaking up senior management long skeptical of their worth.

Some horror stories are emerging, albeit secretively, from Asian carriers that are discovering what can only be described as endemic fraud, sometimes perpetrated and concealed by senior managers.

One simple case that I was recently made aware of came about when an analytical process uncovered anomalies in a particular region where up to 65 percent of prepaid SIM cards that had been sold and activated had never actually being used. What would normally have been discovered by standard RA and fraud management systems had gone unnoticed for many years because no one had bothered to do the analytics.

In this particular case dealers in the region, with strong family links to a senior manager, were provided with, and were happily ‘selling’ prepaid SIMs, activating them and collecting the commissions without them ever being used resulting in a ‘double whammy’ in revenue loss for the carrier.

This simple example raises questions that every business owner or stakeholder must be concerned with. The potential for revenue leakage, particularly through fraudulent activities, will continue to increase as service providers add more and more non-core products and services to their portfolios. Those being acquired from third parties are of particular concern because there is the possibility of leakage at the cost side of the equation as well as revenues.

Whilst it’s true that the introduction of analytical processes discovered the example above it was an accidental discovery rather than one that specialized systems would have uncovered. For data analytics to be effective in any business the objectives have to be clearly laid out so that the data analysts know what to look for.

Of greater concern is the fallacy that most fraud is perpetrated by external operators. This is clearly not the case and any management team that turns a blind eye to the discovery of leakage or potential fraud must surely come into question. Equally so, anyone ignoring the potential of big data analytics for more than just ‘improving the customer experience’.

Of course, the reasons for not investing may have valid financial grounds – like the cost exceeding the returns –  but it can also be exacerbated by the fear of poor business management processes being uncovered. Why take the risk if for many years the business has been profitable? Others simply believe that their processes are infallible and don’t need to be monitored.