Telcos fly high as airlines get grounded by old IT 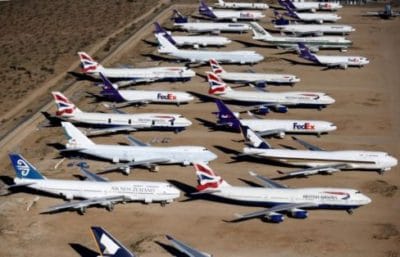 If you ever had second thoughts why so much fuss has been made of transformation in the telecoms world you only have to look at the airline industry to understand. Biting the bullet early in updating, streamlining and simplifying everything from the network to the back-office has gone a long way in saving telcos by reducing costs and making them more efficient. But for airlines it could mean the difference between life and death.

Their reservation systems are close to prehistoric in computing terms and their control systems manage everything from plane cleaning rosters, flight staffing, aircraft maintenance, schedules, ticketing, gate allocations, bagged handling, refuelling, seating, check-ins, food and beverage service, marketing and revenue maximization (getting bums in seats and collecting all the money). I’ve conveniently missed out on the thousand or so other functions that are controlled by airline systems because of space restrictions, but I’m sure you get the point.

Unlike telcos, airlines have been either reticent or unable to change the heart of their operations, the reservation systems or CRS, in a long-overdue transformation effort. These systems have been around since the earliest days of computing mainly because airlines back then were so profitable they could afford them. But, like the dinosaurs, they should have become extinct long ago yet they live on suffering the occasional failure that succeeds in bringing the whole airline to a grinding halt. Take Delta Airlines’ recent experience as an example.

Last week it had to cancel more 2,100 flights because of a claimed ‘data center outage’ and offered customers $200 vouchers for the inconvenience. Delta later admitted that one of its own power control modules went bad, allowing a surge that tripped circuits feeding the computer network that handles critical data including reservations, boarding passes, the matching of planes with the appropriate gates, and the roster showing which crew members are staffing each flight. Even after having “invested hundreds of millions of dollars in technology infrastructure upgrades and systems, including backup systems to prevent what happened.”

But experts were quick to point at that the airline’s legacy systems were to blame and that airlines are finding it difficult to find technical staff to maintain systems that still contain coding from the 1960s. IBM and Univac (later Unisys) dominated the development of the early systems that were written in assembly language. Those systems have evolved but are still primarily running TPF (mainframe operating system) that is based upon a variant of assembly language. The entire work environment is so unique that programmers skilled in its application and management are called ‘TPF Programmers’ and are among the highest paid professionals in that aspect of the data processing industry and not always easy to find.

TPF, and the airline systems that use it, are reflections of this environment, and they are not especially powerful, based upon today’s standards, as transaction processing tools. Effective airline systems rely upon other applications, independent of TPF, to support the database functions required of modern online systems.

David J. Wardell stated in a whitepaper from 1991 that “Today’s CRS often struggle with significant expense and effort to free themselves of their inbred limitations, but each works with programs that are comparatively modern and bear the mark of their own unique development histories.” Not much has changed in 2016.

Airlines have come and gone and there have been countless mergers, all combining to put stress on IT departments charged with combining multiple systems, often incompatible, into a 24×7, error-free, downtime-free, working environment. Sound familiar?